Last weekend the Dutch stage of the 2k tour took place. This event also is the Open Dutch Nationals for Team Sailing. Six teams joined the 2k stage to battle for a gold medal. The stage contained a lot of diversity regarding the sailing conditions. Where the first day contained steady winds, the second day was full of light wind sailing and third day contained strong winds. 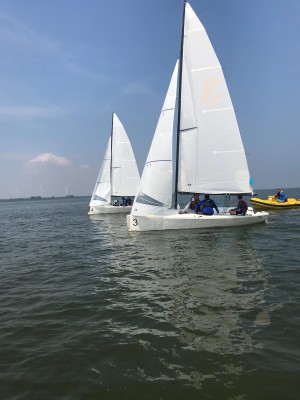 After sailing an impressive amount of four round robins, it was clear that Team Costa Olanda (DJ Korpershoek & Miles Jones) had to take it up against Team DMTRA (Floris de Wit & Wender Snijders Blok). An additional round robin was sailed between the other teams (Bavaria, Austria, BMTRA & Team Knetterbal) to decide who would take the bronze medal. In the Team Austria showed to be too strong for the others, taking 3rd place.

In the finals, the first heat was very close, but Team Costa Olanda were able to win this heat. In the second heat Costa Olanda didn't take any chances and ensured a safe winning position from the start of the heat, which helped them to also win this heat and therefore the finals! 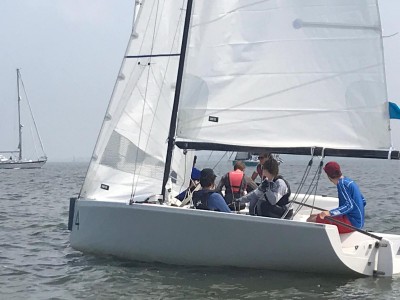 We want to thank all participants for joining this 2k in Medemblik and we hope to see you again next year! 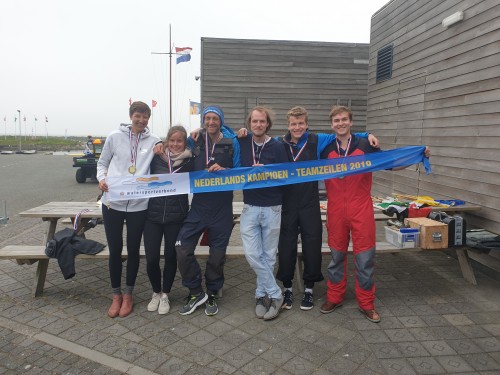 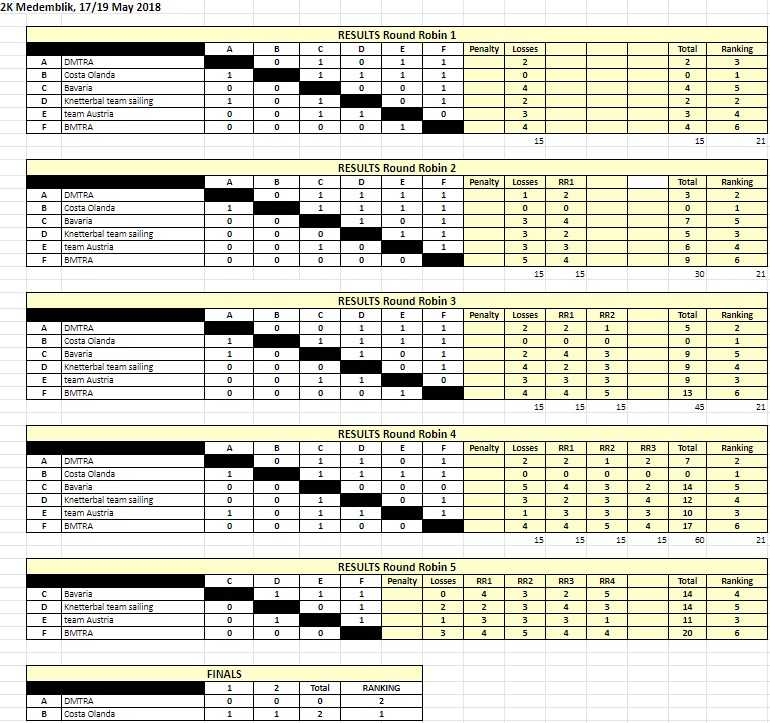